A New Disability – what it is, causes and treatments

Multiple Chemical Sensitivity (MCS) is used to describe a disorder or class of conditions that individuals may develop after being exposed to certain chemicals.  Even though these exposures may not be any higher than is usually tolerated, or was previously tolerated by the current sufferer, symptoms can still occur.

Individual symptoms depend on the person’s exposure to specific chemicals.

Symptoms can vary from mild to severe – ranging from headaches to fatigue, body pains, breathing problems, mood changes, or confusion.

Chemical exposure is suspected to be the leading cause of MCS (although other factors such as natural allergens, certain foods and mold have also been implicated).

If you regularly experience the following kinds of symptoms you may want to consult your doctor and ask for a referral to a doctor who specializes in occupational and/or environmental medicine.  It may also be worth finding out if this specialist has experience in the diagnosis and treatment of MCS.

An individual may develop MCS after one substantial chemical exposure or after several lower-level exposures to substances such as pesticides, solvents, or cleaning solutions.  It has been suggested that this initiation or “induction” stage is followed by “triggering” of symptoms by everyday levels of chemicals and certain foods that were previously tolerated.

It is generally accepted that indoor air quality is likely to play a major role in both the development (induction) and chronic reoccurrence (triggering) of MCS symptoms. 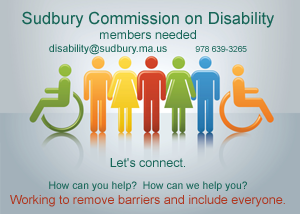 Click on the “Meetings” link above on the left for details close to the meeting dates.  Additional meetings may also be scheduled.